The Bristol Recorder, Revived: an interview with the co-Editor

In an extremely limited run of only 500 copies, The Bristol Recorder - Bristol's 1970's vinyl/music mag - is facing an imminent RSD18 revival due to the efforts of English student and new co-Editor Syd Bird. Deputy Music Editor Kate Hutchison meets Syd to chat more about the exclusive release, the Rough Trade launch party and the story behind the project.

At the beginning of the 80s, The Bristol Recorder ceased printing. The 3-part vinyl/Bristol-based music mag took a backseat as the then-student founders took to a new endeavour: namely, establishing WOMAD festival. But after nearly fourty years, The Bristol Recorder is returning with a limited run of 500 copies alongside new co-editor Syd Bird, a third-year English student. We met up to chat about the mag’s imminent revival. 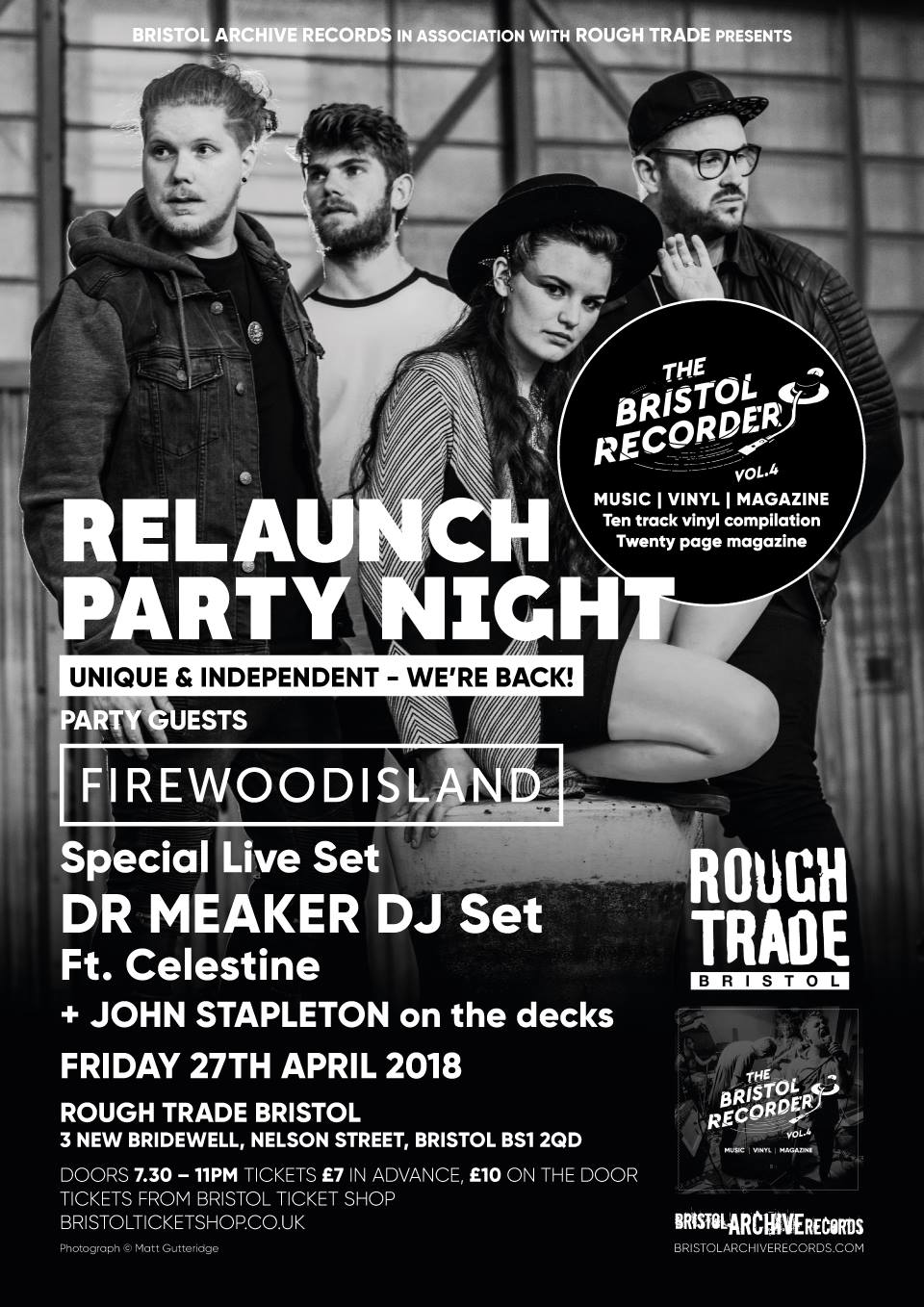 “At the time, it did very well. It sold thousands of units…” Syd tells me. But with NME’s recent demise, I couldn’t help but ask why the hell they wanted to start up a print-based release again. Syd, however, attributes the opportune revival to the very resurgence of vinyl itself: “Pop music is now released on vinyl. Its more commercial, its more accessible and people are tapping into that. It’s nice to have the physicality of something. You put it on, and your attention span is with it. It’s the whole ceremony of it, I think. It’s the perfect time to reboot it – we like vinyl in Bristol.”

Syd got involved with the project after meeting one of the co-founders through a work experience placement at a publishing house. She began working to advertise the revival, but has since taken a centre role in the project; sourcing photography, writing content and commissioning articles, while also co-editing the whole zine. As much as Syd takes credit for this, she’s keen to emphasise the revival’s collaborative nature, between the founders and new contributors: “We have a very eclectic mix of people, which gives it a more interesting angle. It’s not just one demographic speaking.” 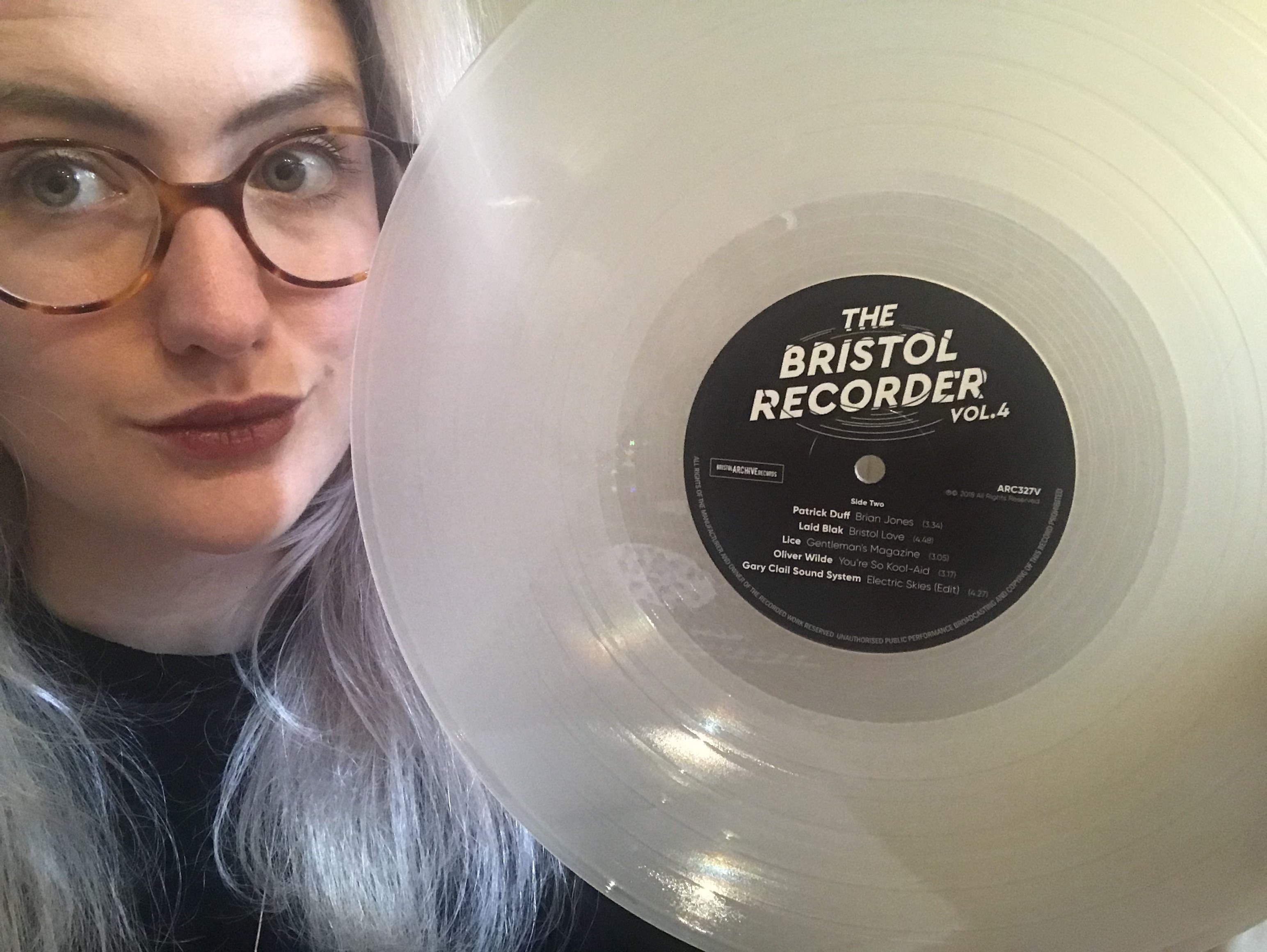 We have indie punk and reggae, but it’s not an indie, punk or reggae album – its everything.

This distinctive element of the project is not singular. As Syd puts it, the unit is “a part of Bristol’s history.” Like its predecessors, the issue is a snapshot of Bristol’s scene today, and tackles problems facing the city such as homelessness and venue closures, while also chatting about the vinyl’s musicians. Syd talks excitedly about the feminist undertones to the commissions, especially an article written by author and Bristol Recorder contributor, Jill - an individual also linked to the previous issues. Describing the article as the “feminist heart” of the zine, Syd tells me a little bit more about it:

“It’s called Bristol Girls Make More Noise which is a play on a book she’s written called Bristol Boys Make More Noise. In it, she lets rip. As it has been one hundred years since women’s vote, she asks why women aren’t celebrated in the same males are. She’s picked out all of these incredible female artists who we should know and who we should celebrate but don’t. It's pious and angry, very funny and accessible. And the illustrations are incredible. It’s a good one to have a chuckle at, but also get righteously angry.”

The vinyl’s sound is a holistic reflection of Bristol music in 2018, gathered by Syd and the founders through various recommendations, general sound rummaging and, “a lot of negotiating.”

“We have indie punk and reggae, but it’s not an indie, punk or reggae album – its everything,” Syd tells me. Circling back to talk of the compilation’s relevance, Syd points out the weakening tribal-like nature of listeners; “it’s not like you’re an indie kid or a metal kid. I think, most people now are happy to go to all kinds of gigs. I personally love it when a support act is different to the main: a mix of genres on one night. Apparently, Bristol is really good for that.”

The vinyl features a range of quality sounds, including upcoming noisy post-punk band LICE, alt-roc outfit Oscar Wilde and dnb mixer Doctor Meaker. Touchingly, every track was gifted by the artists free of charge, which also meant that Syd’s “dream” feature – IDLES – were a contribution “they couldn’t quite grab” for the release. Nevertheless, Syd defended the track-listing as strong and reinterred the up and coming nature of The Recorder. I was disheartened to see Bristol’s unmistaken techno sounds – from the likes of Livity Sound - underrepresented on the track-listing, but I was reassured by Syd’s next comment. Talking about the mix of genres on the album, Syd says “the thing is, any [sound] that may be underrepresented in this one, we hope to tackle that in the next.”

Syd's pretty adamant the Recorder will make further appearances – at least twice annually. Acknowledging the positive bubble its currently in, they’re now waiting for its reception on Record Store Day. I feel very lucky to have been introduced to the revived Recorder before its release: I love it. The presentation is slick and novel; the illustrations are fantastic, and even the paper (yes, the paper) is good quality. But I’m not the only one. When discussing how exactly Syd wants it to be received, she talks humbly about a comment made from LICE’s Alistair:

“One of his comments was that you could see intention - and particularly good intention - on every single page. On the ‘Bristol team speaks’ page, we all talk about our favourite gig we’ve been to, but at the end there’s a tiny paragraph talking about how these experiences are only possible due to our local venues, and how we need to support our local venues because that’s how talent is nurtured. Little things like that are peppered throughout, and that’s why it’s a labour of love. It’s great to hear that someone picked up on the heart and thought behind it.” 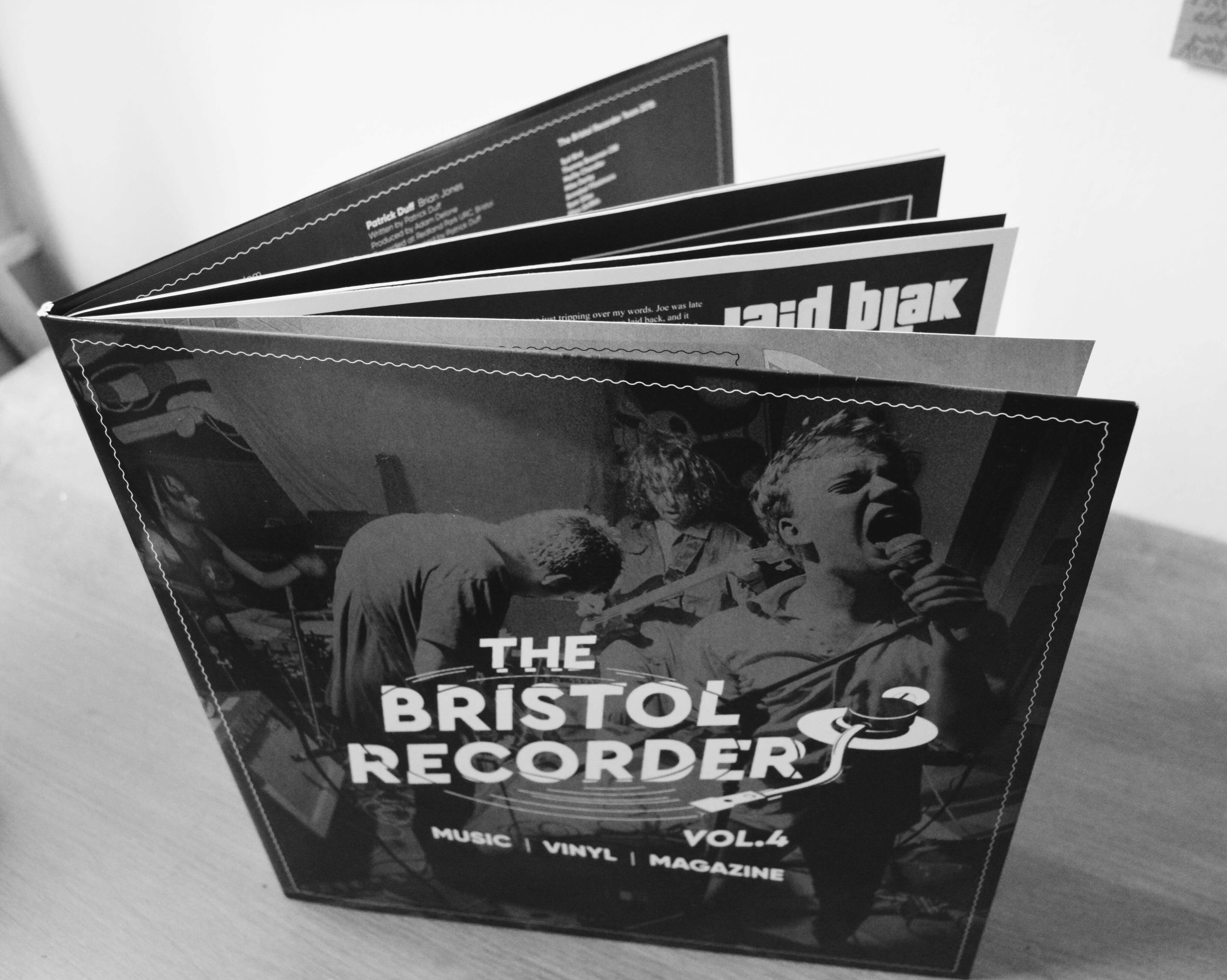 Syd has worked tirelessly nearly a year to pull this off, but her efforts have been unpaid. Right now, social media is rife with criticism around free work experience and internships. This is something I couldn’t leave without inquiring into. Initially, reluctantly, Syd says “Obviously, everyone should be paid and ideally would be paid.” But rightly, she points out the unique nature of the project: “This is a complete labour of love for everyone involved. I think the issue is - a lot of the time - is that people aren’t paid from companies that definitely could afford to pay them – exploiting that need for experience. Whereas all of the money we have, we’ve plugged into the product. We want it to be good, and we want to make something we’re proud of.”

Syd’s final comments really resonated with me. Despite being voluntary, Syd was extremely keen to encourage other students interested in similar endeavours: “I would say make the most of being a student. We’re getting a loan. And especially if you’re an Arts or Humanities student: you have time to do stuff. And it is the perfect time to do stuff because once you’re out of the uni bubble, you’re going to need to work more because you won’t be getting a loan, and that will eat into your energy and your time. It’s all experience. And it’s really fun. It doesn’t feel like work when you do something you enjoy.”

This is a good internship (ie, it is paid) https://t.co/6PlFniNZVa

The Recorder’s launch is happening on 27th April at Rough Trade, but the vinyl will be released at £29 on Record Store Day. Tickets for the relaunch party are seven quid, with appearances from the vinyl’s artists Firewood Island, Doctor Meaker and a DJ set from John Stapleton, the manager of Wanted Records. Get down to grab yourself a limited musical artifact, a real labour of love and a taste of the cities’ current groove.

Got your ticket for the relaunch? Let us know!

The history of jeans: from the wild west to Britney and Justin’s double denim