Exclusive album review: Fickle Friends - You Are Someone Else

On the 16th of March, Brighton-based indie quintet Fickle Friends are set to release their debut album: You are Someone Else with Polydor Records. If that wasn't enough to blow my tiny mind, I've had the chance to listen to it already.

Each track seems to paint part of a bigger picture – that picture being a mind conflicted by a position in an unhappy relationship.

It's clear that Fickle Friends have been relentlessly polishing their idiosyncratic synth-pop/80s disco/eternal summer sound with every release of the last five years. You are Someone Else is the end product of this refinement served up on a plate – a musical selection box of the boppiest-bops from their entire discography, if you will.

Listening to the album from start to finish – admittedly while in the library which was more than a little overwhelming – I was pleased to pick up a running theme, which, considering the time span in which this record was written is pretty damn impressive. Though I might be a bit biased; because if nothing else I'm a sucker for a running theme.

Each track seems to paint part of a bigger picture – that picture being a mind conflicted by a position in an unhappy relationship. Each song represents a different side of this general headspace, relating to different stages in said relationship. Sorry, but I literally just said I like themes. If you thought that was a bit deep, please buckle up.

The album's opening track, 'Wake Me Up,' launches us into this mindset. The tune's snappy running synth riff sits perfectly beneath frontwoman Natassja Shiner's soaring vocals, in a mix so bouncy you'd be forgiven for missing the fact that it's all about a relationship that's, well, ‘absolutely failing.' Next we're met with one of the quintet's more recent singles – 'Glue' – which might particularly resonate with student listeners, as Shiner describes over light syncopated beats the process of discovering an emotional connection with someone you've drunkenly just met: ‘I think I have a screw loose / I think you have a screw loose too'.

After 'Swim,' Fickle Friend's significantly older, breakthrough single, comes a brand new track which emulates the conflicted nature of a mind trying to work through their options within a deteriorating relationship. 'Bite' voices thoughts almost too inconsistent to be coherent – Shiner initially asserts her autonomy - ‘I'm not submissive like I always was,' before seemingly coming full circle for the basis of the irritatingly catchy chorus: ‘I could be your someone, you could be my somebody.'

If you were only going to listen to one track from You Are Someone Else, I would recommend it be Paris – wait for the relaxed yet euphoric drop about half-way through, and thank me later.

The next two new releases which appear on the track list seem to capture the essence of the story that I think You Are Someone Else is trying to tell. Heartbroken largely does what it says on the tin, but with a tragic twist – as it describes feeling ‘heartbroken' before a relationship has even ended. Shiner's sharp lyrics juxtapose the infuriatingly bland partner they describe (‘you think everything sucks / I really couldn't give two fucks') is a prime example of the quintet's capacity to take an objectively gloomy subject matter and twist it into an absolute, 100% certified bop™. And hey – if someone has to go through this kind of emotional turmoil, at least I'm dancing to it.

The following track shows the other side of this experience. 'In My Head' is almost like a two-minute interval (we need a rest from all the bopping) which outlines the difficult feelings that sticking with a waning relationship can inspire. Shiner's low register glides through two verses of chilled, wistful musings over mellow, minimalistic synth sounds to allow her introspective lyrics the full spotlight. 'In My Head' is like nothing Fickle Friends have made before - I know this because I can't bloody dance to it. Though things I can't dance to would ordinarily fill me with rage, Shiner's poignant words console me: ‘They told me that you'd know when you know / I'm alone in my head, my alarm isn't set.' Though it seems reductive to try and explain an entire record in two minutes, this track does it pretty damn well.

The album tails off with two newer, slightly more experimental mid-tempo songs 'She' and 'Useless,' which develop the band's characteristically dreamy sound into something altogether more subtle and down-to-earth.

After springing seamlessly back to the bouncy vibes we all expect of a Fickle Friends record with 'Rotation' and 'Hello Hello,' we move onto 'Paris' - a song which remains firm in its position as my personal favourite despite being one of the oldest on the album. Though I'm a little disappointed that none of the new releases managed to top this one, which appeared on the band's 2015 Velvet EP, I'm still pleased that it made album cut. If you were only going to listen to one track from You Are Someone Else, I would recommend it be Paris – wait for the relaxed yet euphoric drop about half-way through, and thank me later.

You Are Someone Else takes its title from the next track – Brooklyn – which is a song about holding onto a relationship that you know deep down isn't going to end well. Shiner's punchy lyrics return with full force – ‘it's something I can't define, you are not mine' – set to yet another catchy melody line you'll be humming all day. The album tails off with two newer, slightly more experimental mid-tempo songs 'She' and 'Useless,' which develop the band's characteristically dreamy sound into something altogether more subtle and down-to-earth.

Having watched Fickle Friends grow from their 45-minute set at the Louisiana in 2016 to their sell-out night at Thekla late last year, it does feel as though You Are Someone Else presents a good culmination of their career so far, while avoiding the classic debut album "random-jumble-of-all-discography" pitfall by sticking to an identifiable theme and painting a complete picture.

It'll be interesting to see how some of the newer, more mature releases (thinking of 'In My Head' in particular) will be presented live as the band tour the record this Autumn, playing Bristol's SWX on the 18th of October.

Love Synth-pop is it a flop? Tell us! 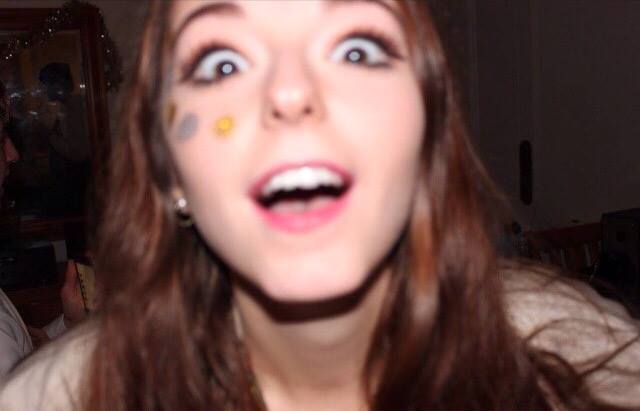