No early Christmas presents for students in the Autumn Budget

There had been whisperings that Wednesday’s autumn budget would see a change in tactics from the Conservatives; perhaps something to woo young voters or maybe something to signal a beginning of the end of austerity. There were no such announcements.

Students have instead been treated to an extension in age for railcards for youth from 26 to 30 which will come into force next year. You’ll also be thrilled to hear there will be no tax rises on beer or cider so at least you won’t be worse off. As for you smokers out there I’m afraid you’ve had no such luck: look forward to a rise in tobacco prices; on the bright side it might help you quit.

Stamp duty will no longer be charged on the first property you buy if it costs less than £300,000, which in theory should help with that seemingly impossible task of the dreaded housing ladder, although house prices are still rising pretty fast at 5% a year.

At least there was some commitment to building more homes; the target is to reach 300,000 new homes a year which is desperately needed. In addition the national minimum and living wages will be rising which is also undeniably a good thing.
Yes, some of these policies sound mildly appealing, but in all honesty Philip Hammond must think we’re stupid if he thinks he can fob us off with this. 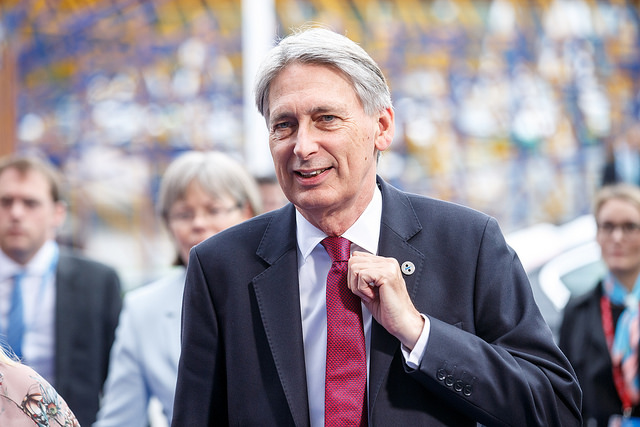 Austerity has failed, it failed from the moment George Osborne began it in 2010. According to the Institute for Fiscal Studies growth forecasts are down, meanwhile Brexit threatens our prosperity and yet still the Tories persevere with this failing ideology. Look forward to £12 billion more in welfare cuts.

I guess it was too much to ask for a few thousand off tuition fees. Some had speculated that the rate of interest on loan repayments would be reduced but I suppose even that seems a little too generous.

We need new sources of income: the NHS can no longer take the strain, schools are suffering and we students are burdened for life. I understand it’s unrealistic to expect a complete end to student fees, a return to maintenance grants and a full wipe of student debt because it simply isn’t affordable; but isn’t the next generation meant to be better off than the last? Sorry to sound depressing but things aren’t getting any easier: fees are rising, rent prices here in Bristol are rising and the housing ladder seems unreachable. That’s before we even start on Brexit.

£3 billion has been allocated for Brexit and the transition which seems like quite a lot until we start to consider the seemingly inevitable giant upcoming divorce bill. At least we’ll get that £350 million a week out of it to fix the NHS.

If I remember my basic GCSE and A-level economics correctly I seem to recall the textbooks saying you have to grow your way out of economic troubles through investment. Listening to Gordon Brown’s talk last week left me mourning what might have been, if only we could wind the clock back seven years. Alas, austerity remains and we continue to weather its storm.

What are your thoughts on the budget? Let us know...

The scourge of city centre living